The largest memorial at the Arboretum is the Armed Forces Memorial.

It is a nationally significant focus for Remembrance and was created to remember and recognise those who have given their lives in the service of the country since the end of the Second World War.

Since 1948 the men and women of the Armed Services have taken part in more than 50 operations and conflicts around the world, often working as part of the United Nations, NATO or other coalitions.

From the jungles of Malaysia to the South Atlantic seas the Armed Forces Memorial remembers those who have lost their lives around the world. It is particularly important for many, who have no grave to visit, or who remember those who are buried in far off places.

Over 16,000 names are recorded on the memorial including those who have been killed whilst on duty, died in operational theatre or were targeted by terrorists . The names on the hundreds of panels that you will see are recorded in the same way, first by year, then by service – Royal Navy, Army and Royal Air Force, then in date order. Colleagues who died in the same incident are remembered together. Over 15,000 names were carved by computer when the memorial was created. There is space on the empty panels for 15,000 more names. Since 2007, the names have been engraved by hand on the memorial on a yearly basis. 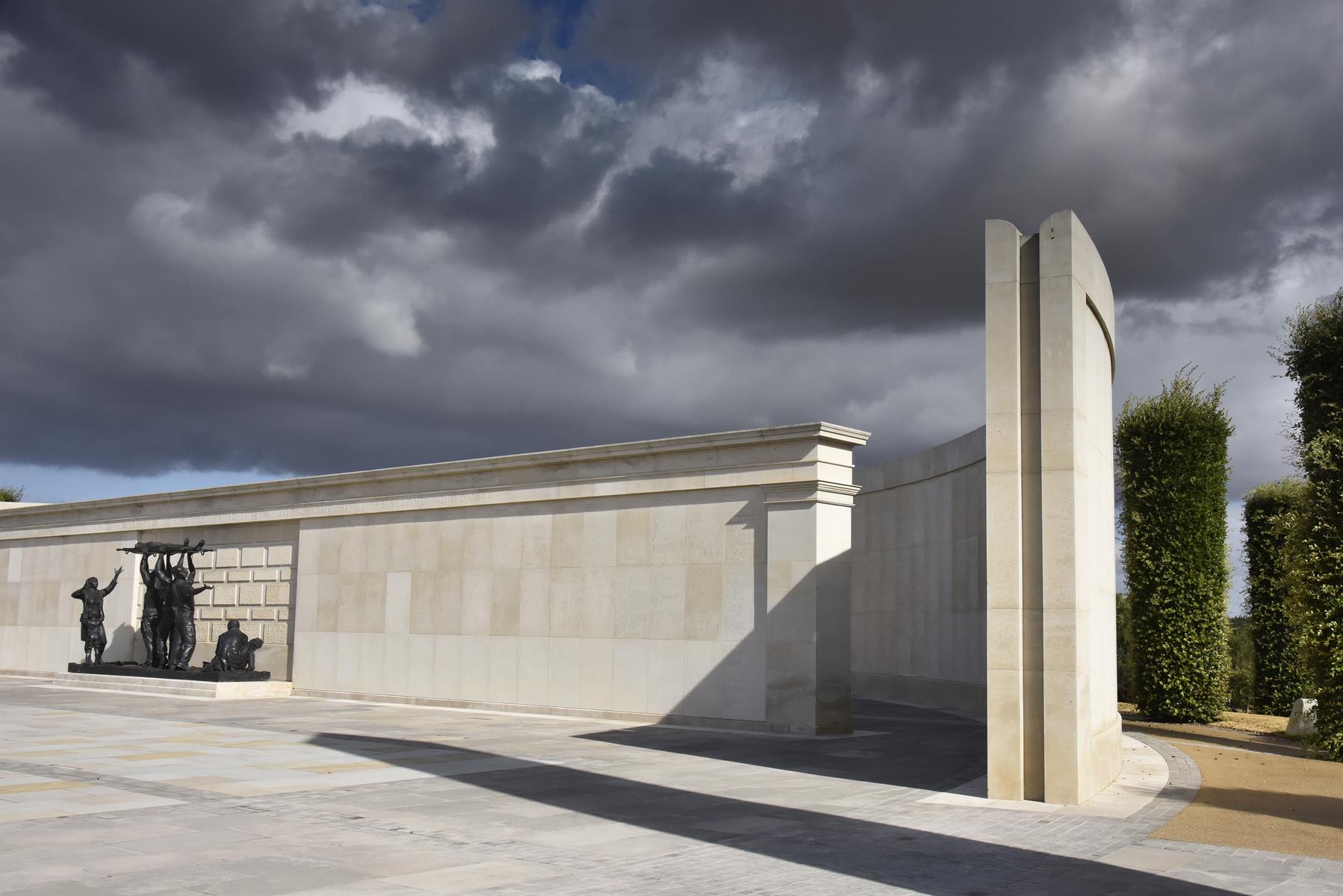 Search the Roll of Honour

You can learn if a person is included on the Memorial using the Roll of Honour. Members of our onsite team are also always happy to help visitors find names which feature.

The memorial’s creator architect Liam O’Connor was inspired by prehistoric Britain and ancient Rome. The memorial sits on a six metre high earth mound, 100 metres wide at the base reducing to 50 metres at the top, which is based on early British barrows. At the top stands a 43 metre diameter stone structure. Two curved walls and two straight walls are made from bricks covered with Portland stone panels. At the centre of the Memorial are two bronze sculptures created by Ian Rank-Broadley.

A gap has been left in the two southern walls of the Memorial. On Armistice Day a shaft of sunlight falls through this gap onto the bronze wreath in the centre of the Memorial. 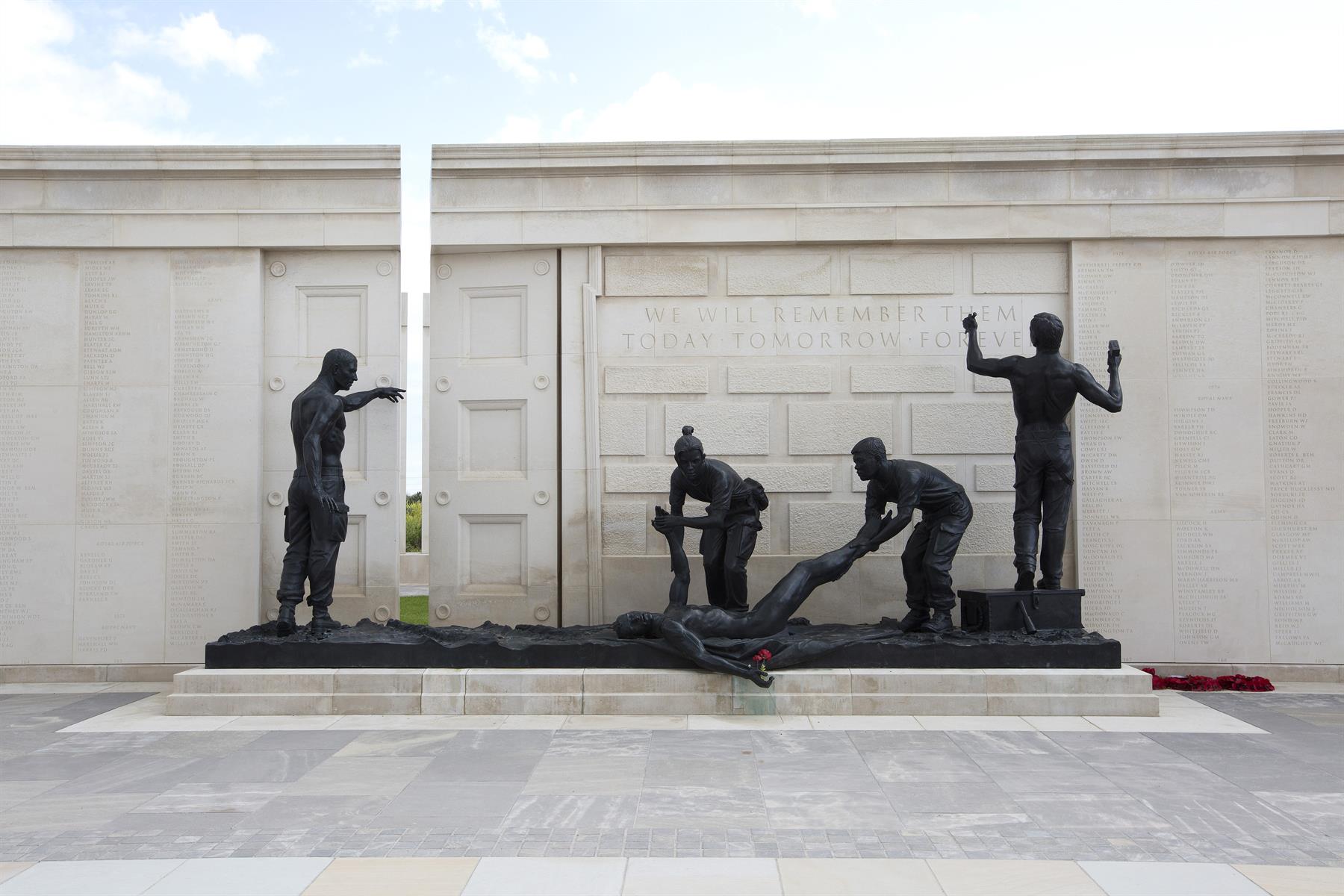 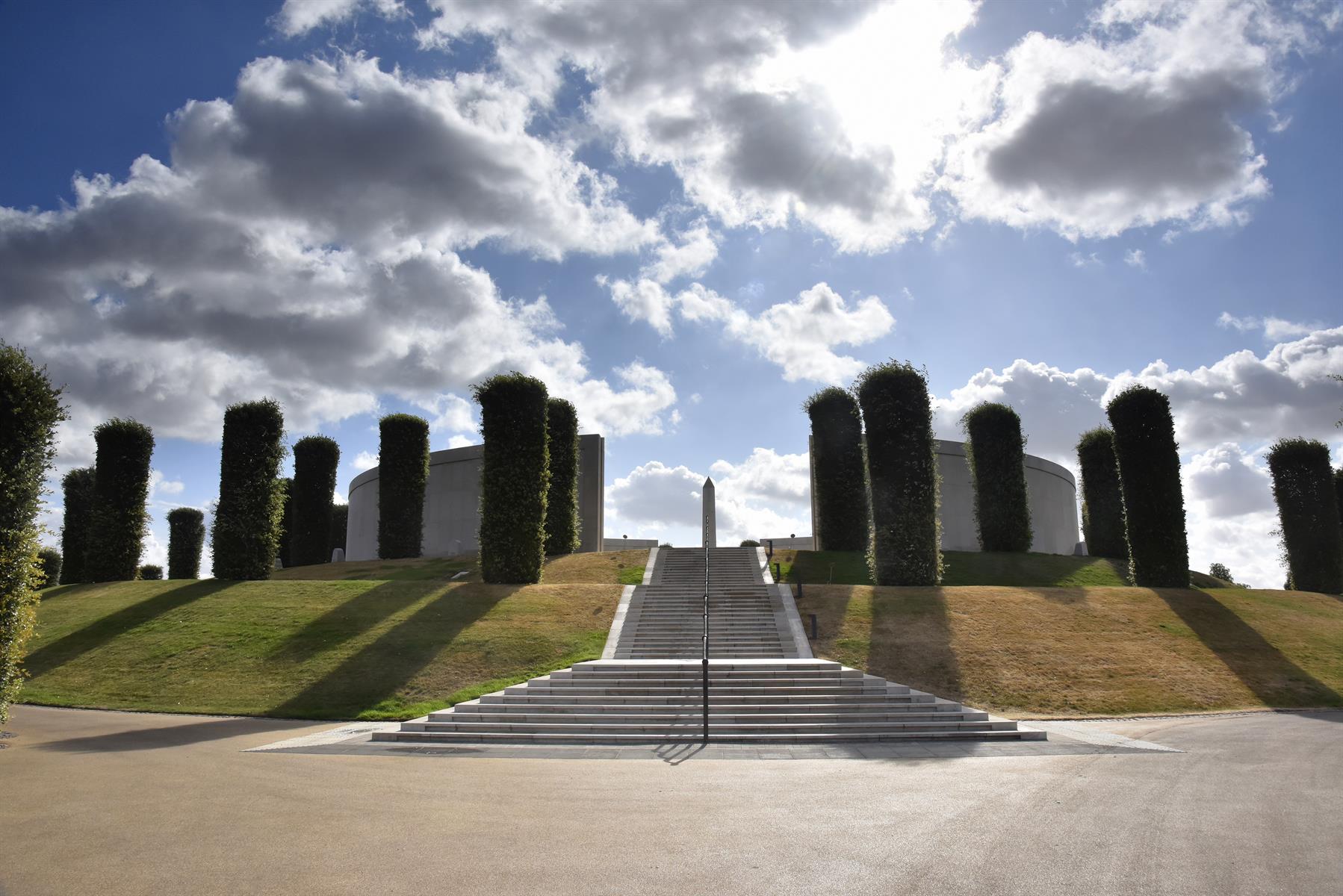 Take a Virtual Tour of the Memorial

The theatres of conflict where the United Kingdom’s Armed Services have served since the Second World War include: