It's important to donate to help people like Lucy.

The Arboretum is a very special place. The trees, gardens and the memorials provide something beautiful to look at when you visit, but the Arboretum is much more than what can be seen. The Arboretum is a collection of stories, a celebration of lives which have mattered and a living tribute to lives lost. What is here is unique, and the tranquil, meaningful landscape supports those left behind. It helps with acceptance. It helps loved ones feel close. It helps to ensure those who have served our nation are never forgotten.

The Arboretum is free to enter, but not free to maintain. We need your kind donation to ensure we can help visitors who need us, people like Lucy.

He was the youngest soldier to be lost in Afghanistan. His name is inscribed on both the Bastion Memorial Wall and the Armed Forces Memorial. 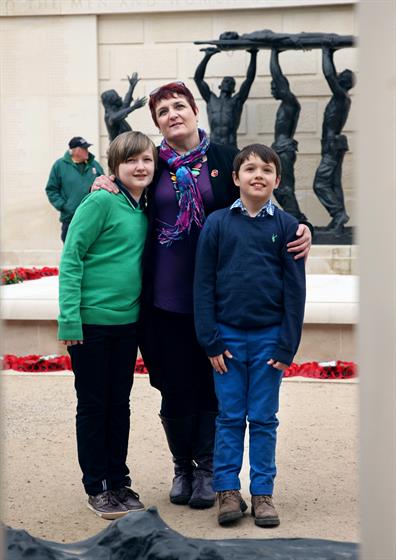 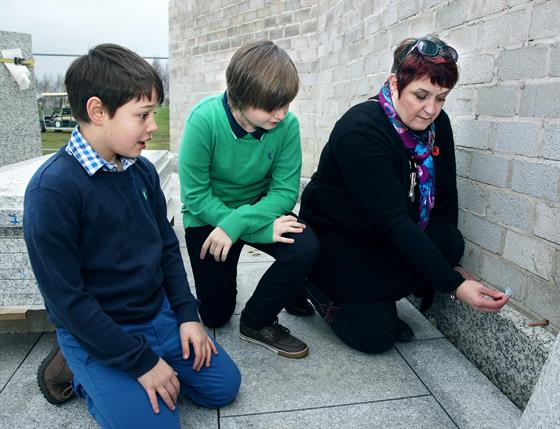 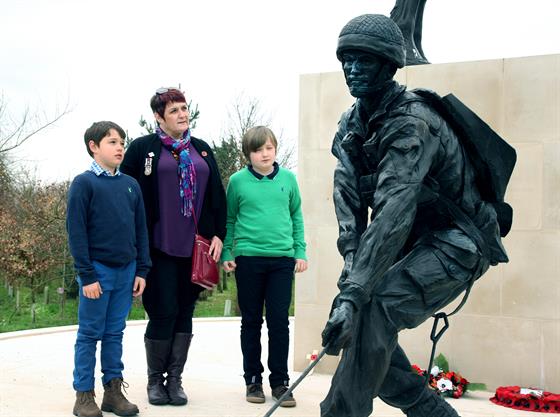 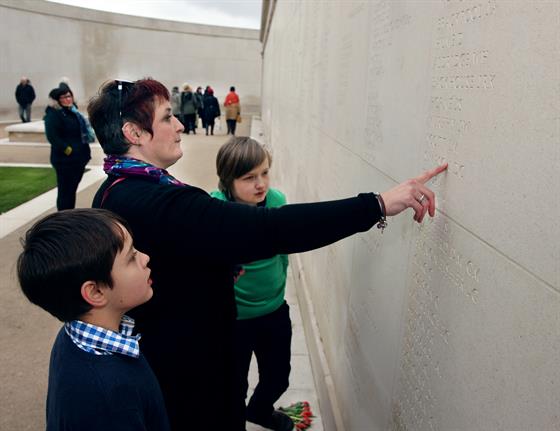 “I have so many wonderful memories of William – but then he was a wonderful young man, adored by his two younger brothers, George and Archie. Brave, kind and caring, he was the perfect role model for the boys. He was a very happy child, making friends easily.

I remember after school he’d often bring home the children no one else wanted to play with. That was the sort of boy my son was. He loved the outdoors and camping so I wasn’t surprised when he joined the Army Cadets.

Following training at the Army Foundation College in Harrogate, and his infantry training at Catterick, he joined the 2nd Battalion The Rifles’. I remember him saying to me, “I’m doing it for George and I’m doing it for Archie, because someone has to make the world a better place.” I like to think that he did.

At 18 William joined his battalion in Sangin, Afghanistan. In 2009, the fighting was intense and the Taliban were mining the streets with deadly Improvised Explosive Devices (IEDs). During an early morning patrol on July 10, despite suffering from blast injuries from an earlier explosion, William was part of a stretcher carrier party when a series of IEDs caught them. It killed four of his colleagues immediately, and William died later at Camp Bastion. William had been on operational duties for just six weeks; he became the youngest British soldier to fall in Afghanistan. It is every parent’s nightmare to lose a child. William’s death, so many, many miles away from his home and all who loved him, has left a huge void in our family’s life.

I’m devastated for George and Archie and it’s now up to me to continue keeping William’s memory alive. Like every one of the 453 Service men and women who lost their lives in Afghanistan, William’s name is inscribed on the Bastion Memorial Wall. Parts of the original wall were brought home from Afghanistan to be incorporated into the new permanent memorial at the Arboretum. I feel it brought home the part of William that remained in Afghanistan.

Like so many visitors, I feel a great sense of tranquillity and peace whenever I’m there; the bond between William and me feels strengthened somehow. William’s name, along with four of his comrades, is also inscribed on the Armed Forces Memorial at the Arboretum. As I stood with the other four families at the dedication of their names, I realised that this wonderful memorial serves to bring bereaved families closer together. That’s a very comforting thought.

Everyone needs a special place to remember the happy times - this is ours.

I love this place! Whenever I visit, I always find a new memorial to look at. The Arboretum is always growing and developing in an organic way – the memorials fit so well with the landscape and enhance the natural beauty of the place. Like so many families who have lost someone dear, I always feel at home here. Visiting has become a form of annual pilgrimage.

George and Archie can be proud of their big brother. They joined me at the dedication service in 2010 but were a little too young then to appreciate the significance of the day fully. But George has told me that he looks forward to coming back to the Arboretum as he gets older. It seems very fitting that William will be remembered forever at the National Memorial Arboretum. By its very nature it’s a living thing and he was so full of life.

I like to think that sometime, way into the future, George and Archie will proudly bring their own children to the Arboretum so that they can meet William, the uncle they’ll never know.”

Help us to maintain the Arboretum for people like Lucy

Your donation, however small, will help us to maintain the Arboretum and to ensure we can remain a free -to-enter site.
Donate here