The sculpture offers a unique opportunity to celebrate individuals from all walks of life whilst supporting the invaluable work of the Arboretum, the UK’s year-round place to celebrate lives lived and commemorate lives lost in service.

Supporters can remember a loved one or mark a special occasion by commissioning a beautiful bronze-sculpted leaf or figure dedication to adorn the sculpture for years to come. The money raised will help the Arboretum to keep stories of service and sacrifice alive for future generations through its inspirational landscape, public programme and learning activities.

One of the heartfelt dedications already on the ‘Tree of Cherished Memories’ is a beautiful bronze figure chosen by Mark Richmond and his daughters Alice and Kelsey to celebrate the life of his wife Liz, who served in the Queen Alexandra's Royal Naval Nursing Service for over 32 years until she passed away last year, aged 52.

Liz's impressive Royal Navy nursing career took her and her family around the UK and beyond, after completing her training at RNH Haslar in Gosport. In addition to a family posting in Gibraltar as an intensive care specialist, she also completed tours of Iraq (2003, RFA Argus and 2007, 34 Field Hospital, Camp Bastion) and Afghanistan (2009, 202 Field Hospital), and supported UK Armed Forces humanitarian missions in Sierra Leone during the Ebola crisis (2014) and the West Indies after Hurricane Irma destroyed many people's lives in 2017.

"The dates only represent Liz's military career, not how many lives she touched with her work and the people she supported," her husband Mark explains. "She was also a wonderful wife and mother, despite all the challenges posed by a military career and successive deployments."

Soon after Liz was promoted to Warrant Officer in February 2019, she was diagnosed with breast cancer and underwent intensive treatment for much of the year. When the pandemic struck in 2020, Liz was desperate to get back to work. She was given a support role handling patients at the Nightingale hospital in Birmingham before joining the military liaison team with the NHS. Sadly, in January 2021 she was diagnosed with metastatic terminal cancer and passed away just weeks later.

"We all miss her incredible warmth, charm, smile and laughter - she has left a gaping chasm which will not easily be filled," Mark continues. "We chose to remember Liz at the Arboretum because we feel it represents all the values she upheld in life, inside and outside the military. When we visited the Armed Forces Memorial together, she saw names of people whose hands she had held while on her various deployments. The Arboretum is a peaceful resting place for those who have given their lives in service, something that represents Liz perfectly." 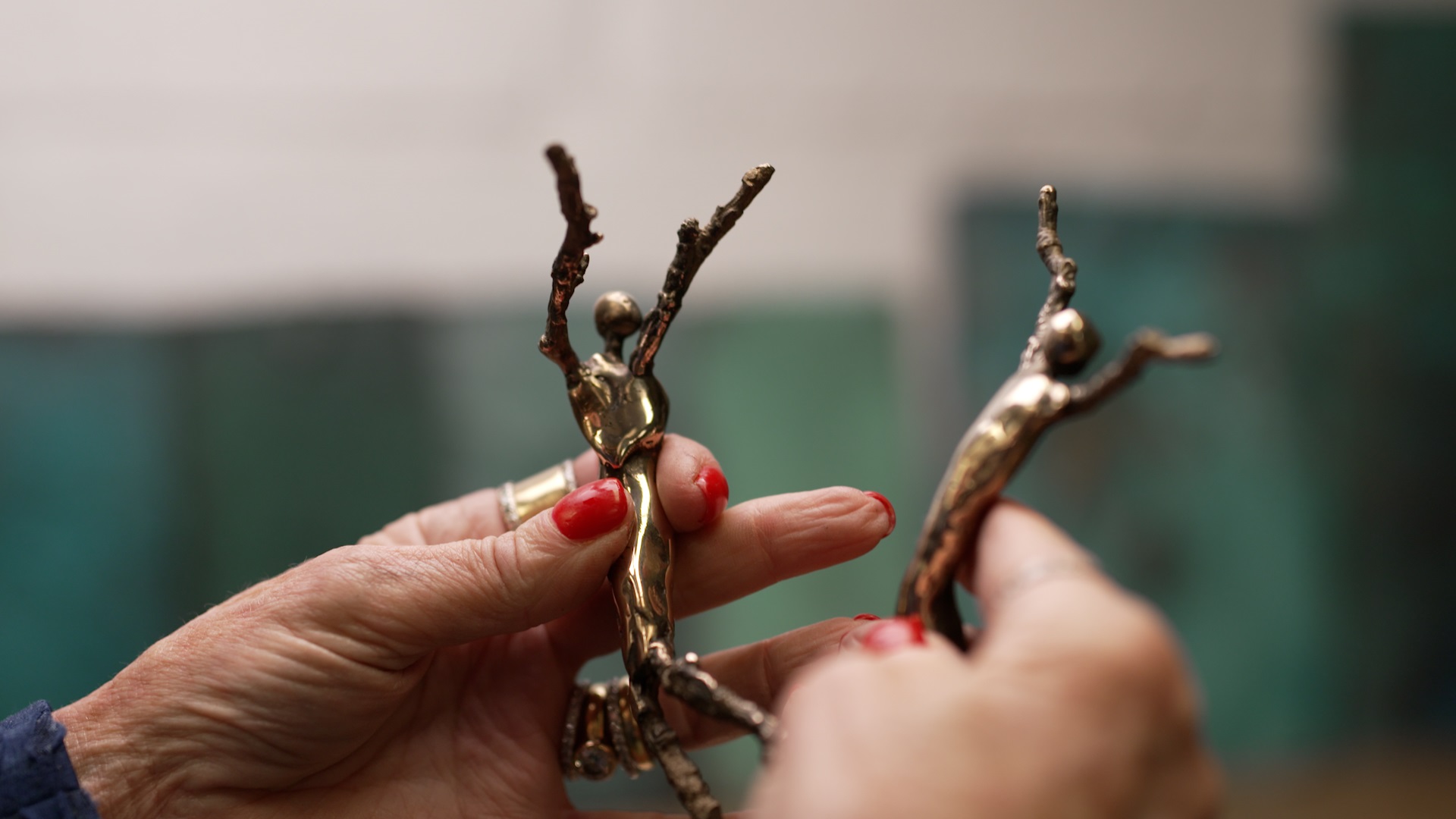 The ‘Tree of Cherished Memories’ Remembrance sculpture is steeped in symbolism. “The branches intertwine and connect, representing the support systems and loving relationships of our families and friends. The roots of the tree represent the departed, yet remind us of strength and survival,” explains sculptor Jill Berelowitz.

“The abstracted figures dance in a celebration of life, and their interconnection with the tree represents the human family, with shared DNA and histories. The figures are joyful, dancing with the rhythm and motion of life.”

On another branch of the Tree of Cherished Memories, sits a stunning bronze leaf in memory of Dean 'Deano' Spruce, who passed away on 9 October 2021, aged just 57.

"As a child, I couldn't have asked for someone cooler to look up to. Dad rode motorbikes, drove big trucks, had tattoos, and played guitar. He was like a rockstar," remembers his son, Tom. "But as I grew up, I came to know him as a selfless man who would do anything, for anyone, for nothing in return, often at the expense of himself. He was also always game for a joke, even at the darkest of times. He has continued to be a role model for me in these regards, into adulthood, and I can only hope that I'll keep these values dear."

Dean and Tresa, his wife of 30 years, had always been avid supporters of the Armed Forces, visiting the Arboretum together on countless occasions and Dean had taken part in every Ride To The Wall since 2013. At his funeral, a motorbike cortege led him on his final ride. "Knowing how much it meant to Dean, photos of the Arboretum were incorporated into the Order of Service at his funeral," explains Tresa. "My son and I were planning to visit the Arboretum this year in Dean's memory when we found out about the Tree of Cherished Memories. It seemed a very fitting, lasting tribute to commission a dedication. I think he would be very proud to know it was there, to be honoured and remembered amongst our heroes." 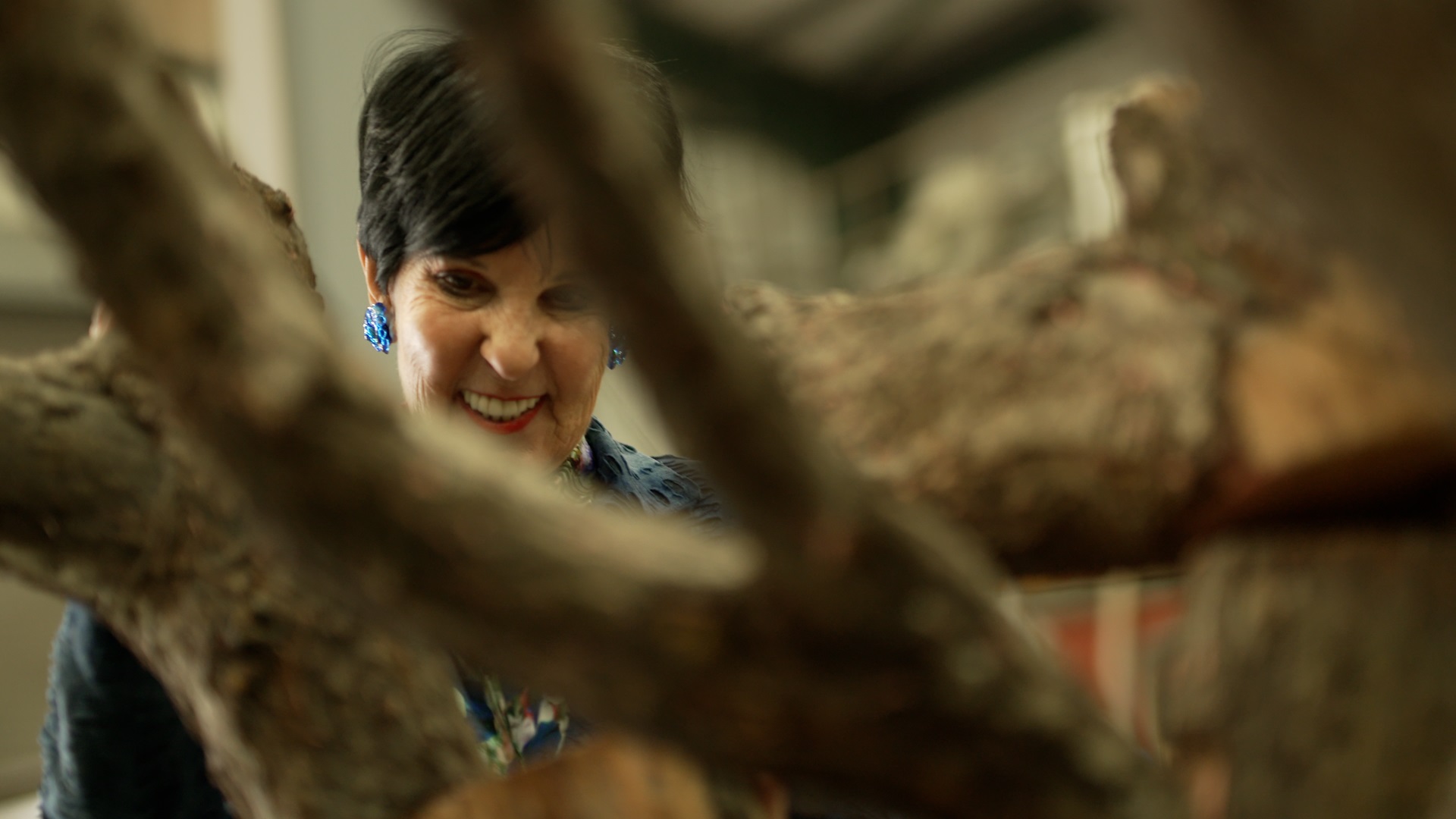 Jill used parts of a Hawthorn tree to create the sculpture. A dead Hawthorn tree at the Arboretum was felled to create space for new plant life to thrive and its twisting branches and strong trunk were moulded so that the structure and texture of the original tree are captured within the piece.

“By immortalising one of the Hawthorn trees at the Arboretum, we wanted to represent a peaceful connection between humanity and nature,” explains Maria Howes, Head of Marketing and Business Development at the Arboretum. “The interwoven trunk and visible roots emanate strength and determination, and the globe-like crown of the tree symbolises connection and togetherness. On the ground, a growing seed-pod represents youth and new life. Jill’s truly beautiful and intricate sculpture is a new way for our supporters to celebrate special people or moments in their lives. It will continue to grow as new personal dedications of bronze leaves and figurative dancers are entwined within the branches.”

There are over 400 memorials at the Arboretum that honour those who have served the Nation with Armed Forces and civilian organisations, but it is also a wonderful place to reflect and remember very personal connections with loved ones. Nestled amongst a newly landscaped wooded glade within the 150-acre Arboretum, the ‘Tree of Cherished Memories’ is at the heart of a new Remembrance space for all visitors to the Arboretum. It can be found adjacent to the Royal British Legion Poppy Field.

Find out more about commissioning a dedication 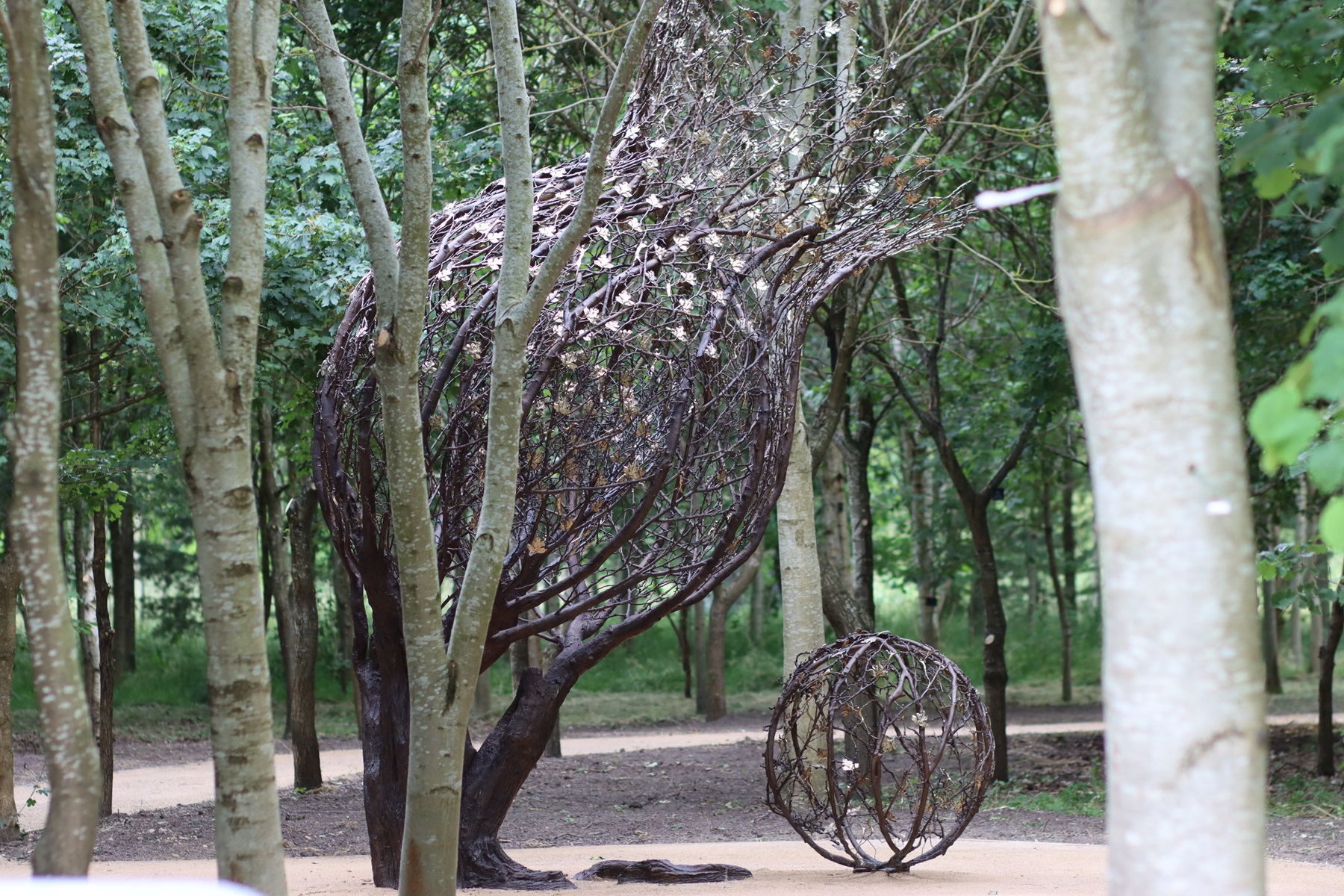